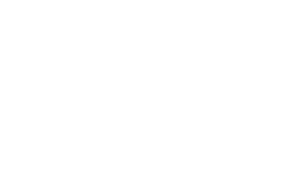 This tool is to assist hunters to complete the SAPS520 temporary import permit application online
and to simplify the process for hunters.

1. PHASA can apply on your behalf, for your temporary importation permit or in-transit permit prior to your arrival.
2. A representative from Go 2 Safari Concierge will meet you on behalf of PHASA in the SA Police office at OR Tambo (Johannesburg) Airport with your permit.
3. The representative will assist you with the clearance of your firearms.


FIRST THINGS FIRST
WHAT YOU NEED TO KNOW

BASIC REGULATIONS AND RESTRICTIONS FOR THE ISSUING OF A TEMPORARY IMPORT PERMIT:
- Maximum of four (4) firearms or shotguns per applicant.
- Not more than one firearm of the same caliber or gauge, accept with special approval
- Only 200 rounds for each permitted firearm or shotgun will be allowed. In total 11 pounds of rounds per hunter.
- No ammunition for other firearms (not accompanying you) is permitted.
- Firearms must bear the manufacturer’s serial number or any other mark by which the firearm can be identified. The identification number must be stamped and the mark affixed in the prescribed manner on the barrel, the frame or the receiver of the firearm.

SPECIAL APPLICATIONS: (Subject to pre-approval only: documents must reach us at least 35 days prior to arrival)

Semi-Automatic shotguns & more than one firearm/shotgun of the same caliber:
- Letter of motivation from you must be submitted, stating the reason/s for bringing it into the country.
- Any person under the age of 21 who wishes to apply for a temporary import permit has to include a motivational letter with the application proving that he/she is a capable hunter. Any additional motivational letters from third parties will help with the application.


* No handguns for self-defense may be imported!
* Ammunition is to be packed in a separate container which has to be locked and marked with details.

US Hunters:
Obtain a Customs Declaration Form 4457 from your nearest customs office. Always keep the original stamped copy in your passport and have photo copies of it handy.
*Please note that due to new regulations, 4457 documents have to be issued in the YEAR OF TRAVEL. If your document has an expiry date, please ensure that it does not expire before or during your hunting safari.

UK, etc: Copy of your firearm License or Certificate

Other:
A letter from your local sheriff in the form of an affidavit confirming ownership or Invoice from a gun shop where you have purchased the firearm

* Want to save time at the airport?

Use a Pre-Issue service for your permits, this is a service rendered by a third party but we will send all completed forms to them and facilitate the payment on your behalf!

CONGRATULATIONS! You have successfully completed and supplied all documentation needed to apply for your temporary rifle importation permit. {/if}

UPON ARRIVAL IN SOUTH AFRICA – WHAT’S NEXT?

1. Proceed through passport control; claim your general luggage at the carousel.
2. Look for the firearms representative - he will be standing with all the rifles
3. Present your passport and luggage tag and sign for your rifle to be released (only SAA passengers, not Delta)
4. Exit through the doors where you will be met by your hunting outfitter, professional hunter or representative.
5. They will then take you to the police office where they will give them your rifle importation paperwork.
6. You will have to open your rifle cases so the serial numbers can be compared to that on the permit.
7. You will sign the SAPS520 form and the register book in front of the firearms officer and wait for the rifle to be released.
8. You will be given a permit - check that your name, serial # and departure date is correct.
9. Keep it safely in your gun case and present it to the police at time of departure for your rifle to be able to leave South Africa.

This tool is brought to you by 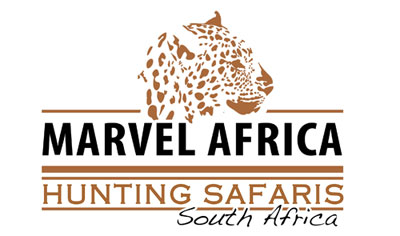 Marvel Africa Safaris based in South Africa offers you a host of excellent hunting opportunities in Africa.

Before we tell you more about hunting in Africa, remember this – the sooner you book – the cheaper it is! Airfares go up every day believe it or not. The closer you get to the date, the more expensive it becomes – up to 70% more expensive. Check it out – see what their prices are today and go back in a week’s time! Save money by booking today! We can help you save money and get the best value for your buck!

Africa is a huge continent and offers the extreme hunter a variety of options to choose from. No other country in the ‘world’ can offer you what Africa has to offer. On most, if not all hunters’ – wish list, is Africa, and Africa will most likely remain on top of this list. No other hunting experience, can offer you such an exhilarating experience like hunting in Africa. Many hunters have had this opportunity and privilege, however millions have yet to discover this fantastic and awesome adventure. An adventure of a life time, giving you the opportunity of not only hunting “the most notorious & dangerous” animals on the planet, but also having the experience of being able to take down a super trophy, on virtually every day of your hunt!

Marvel Africa Safaris invites you to hunt in Africa!

We offer you the opportunity to choose from a huge variety of options, be it your first, second or tenth time to Africa. If you haven’t hunted with “MARVEL AFRICA SAFARIS”, chances are that you still haven’t experienced a ‘best African safari’. What then differentiates Marvel Africa to most other safaris on offer in Africa today? The ‘real deal’ is hunting in large areas and private nature reserves. Areas which not only give you a lot more game and species to choose from, however also, is home to “Africa’s BIG 5“. The notorious and dangerous game of Africa, “Buffalo, Elephant, Leopard, Lion and Rhino“!

PHASA was formed in 1978 by a group of pioneering men — men who became icons in the fields of both hunting and conservation: ‘Uncle Stevie’ Smith, Basie Maartens, Coenraad Vermaak, Norman Deane, Nico van Rooyen, Bill Daly, Gary Kelly and Bertie Guillaume, to name but a few.

The PHASA founders were all true visionaries; firm in their belief that hunting, and the trophy hunting industry, in particular, has a significant role to play in conservation in South Africa. Today, PHASA is the largest association of its kind in the world, with more than 1 200 members.

PHASA is the only association in South Africa with the core and sole business of serving the professional hunting industry. Our expertise and vast network in the global hunting fraternity are unparalleled in South Africa. We continuously work with government at all levels, including ministerial level, and across a number of departments, to shape the future of our industry.

‘PHASA’ is actually comprised of two separate entities, each with its own identity, rules, aims and objectives. The original association, PHASA, is a non-profit body corporate governed by a formal Constitution, a strict Code of Conduct and disciplinary procedures. Its main purpose is to look after member issues and industry-related matters. The PHASA Conservation and Empowerment Fund (the Fund) is a separate, non-profit company through which PHASA meets its social responsibility commitments.

Contact PHASA for assistance with your SAPS520 and firearm importation process.